The Jolie has been visiting Suzanne and Ian in Canada. Between them, these bloggers run three sites – that is an average of 1.5 blogs each (and they say I’m math averse). They have recently moved to Iqaluit, Nunavut and are writing about this big change in their lives at I’ll Have Nunavut. Some of you don’t know where Iqaluit is. It is waaay up there. If Canada is The Great White North, Iqaluit looks very North and very white. 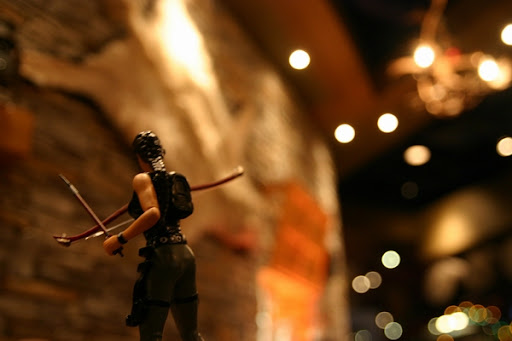 The Jolie took on a little bow hunting in a lodge, with a polar bear that was already sort of…dead. 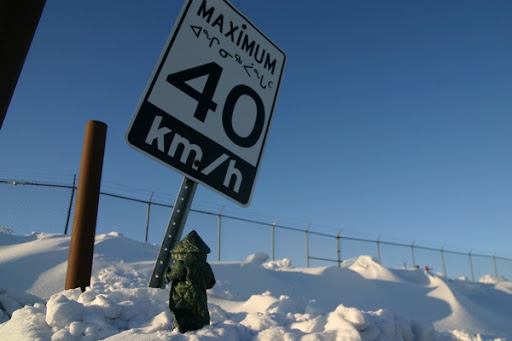 Suzanne and Ian made The Jolie a fine parka to protect her from the weather. Our heroine got out and decided to make an effort to learn Inuktitut so she could impress some of the locals. What better phrase to learn first than “speed limit 40 kilometers per hour”? That’s always a great conversation starter, right? 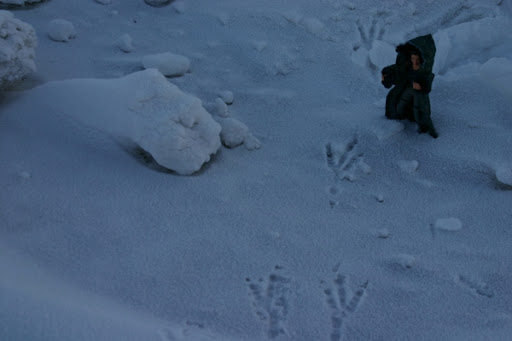 The Jolie came upon some tracks from what she was sure was some sort of large bird. I’m sure she wished she didn’t waste her arrows on that bearskin rug. 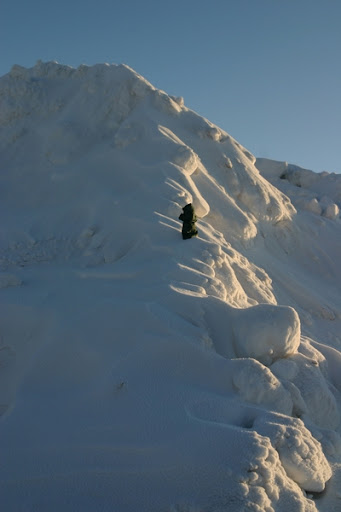 She kept walking…there was so much snow. She didn’t know there could be that much snow. 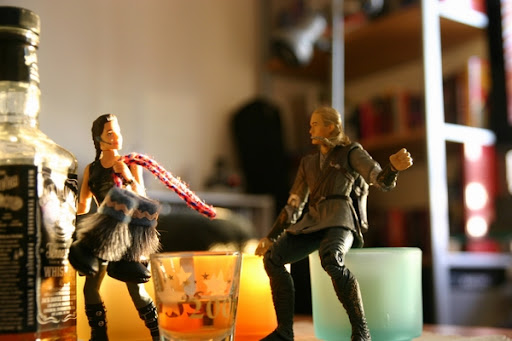 She finally got back inside and met a gentleman who plied her with drinks and a gift of handcrafted kamiks. She told him there was a speed limit of 40 kilometers per hour. 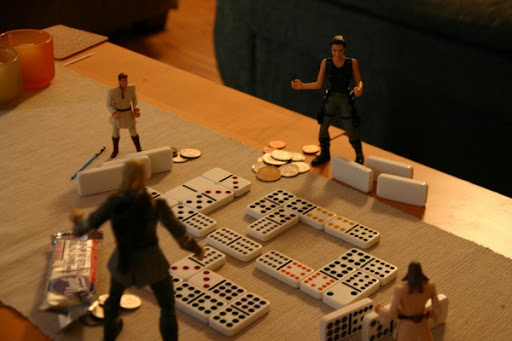 The man took her to do some gambling. Iqaluit was turning out to be more like The Jolie’s world than she thought. What a night she was having. 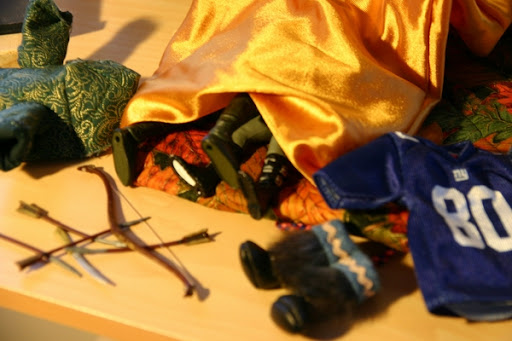 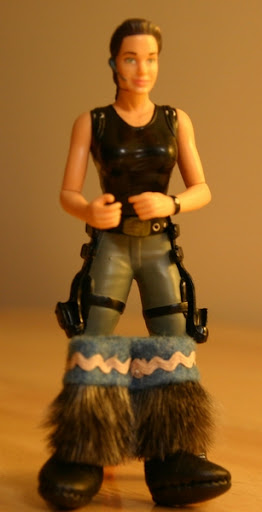 The Jolie slipped on her kamiks in the early morning and slipped out quietly. She found her way back to Suzanne and Ian’s place… 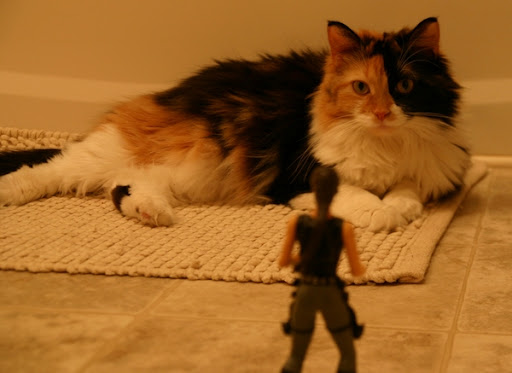 …where she encountered a judgmental stare. The Jolie said something about being her own person and able to make her own decisions. The cat was unmoved. 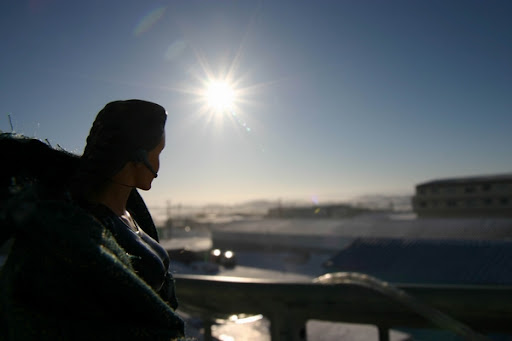 The Jolie gathered her stuff and slipped out of Iqaluit and headed south for her next destination, Newfoundland.

Ian and Suzanne, thank you so much for hosting The Jolie!

Big news for Jolie fans – The Jolie is on Facebook. You’ll find the link in the side bar. Be sure to add her. You know what The Jolie has to say and the fact that she will even deign to confirm your friendship request will impress the old high school friends you’ve reconnected with.

The Jolie is well on her way to her next adventure. She’s always looking for new places and friends to visit. Don’t be shy!