Art does more than just make our hearts soar. Sometimes it helps promote a cause or a business. Centuries ago, even churches promoted themselves by funding the creation some of the great works of antiquity. The painting up for critique today falls into the category of promotional art.

The artist created this work on the outside of a very large outdoor freezer/ice vending machine. Canvas is for pansies. Snap dragons and daisies are good on canvas too. If you’re going to paint a penguin, the best place to do it is on an ice vending machine. 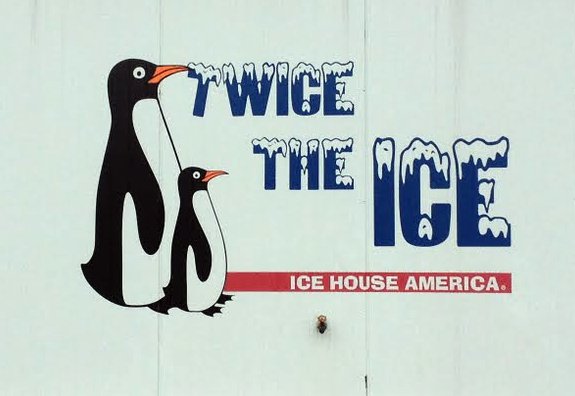 Who Doesn’t Love A Penguin Or Two?

Penguins on a stark white background bring to mind their Antarctic home.  A rainforest background would detract from the penguins’ credibility. I’d buy ice from an Antarctic penguin because I am certain they understand the product. I would not have the same confidence level with a penguin from the Amazon.

The point of the large penguin’s interaction with the letter T is left to the viewer’s imagination. Only the painter knows whether he intends for the bird to be stealing the letter or replacing it. I’d like to believe he is putting it back after realizing that no one is going to make money selling “wice the ice”. We all know that penguins are mischievous scamps, so if you see it as him taking the T away, I don’t think you’d be wrong.

No One Ever Says “That Penguin Had The Prettiest Eyes”

There is a Yiddish saying that says “when a worm sits in horseradish, it thinks there’s nothing sweeter“. That has a lot less to do with this painting than another Yiddish maxim – “the eyes mirror the soul”. What have we learned here? I believe the lessons of these words are that worms are stupid and it is alright to judge someone based on how they look. I think only the lesson about worms is correct.

If the eyes really do mirror the soul, penguins have empty souls. The eyes in this painting are where the painter made a great error.

By reproducing the blank stare of real penguins, the artist failed his patrons. They commissioned a work that would make people want to buy more frozen water. They received a painting of penguins with disturbing eyes. Those cold, cold eyes drive away customers instead of making them feel a warm welcome.

Art should interpret reality, not reproduce it. Our unknown artist was not under any constraint to portray the cold stare of these Antarctic waddlers. Artistic license would have permitted some depth in the eyes of the penguins and perhaps a benevolent smile on their beaks. Realism is the downfall of this painting.

This painting was created to help promote a product. That doesn’t mean it isn’t permitted to make our hearts soar like others can. Unfortunately, it does not do that.

It could have been so much more. 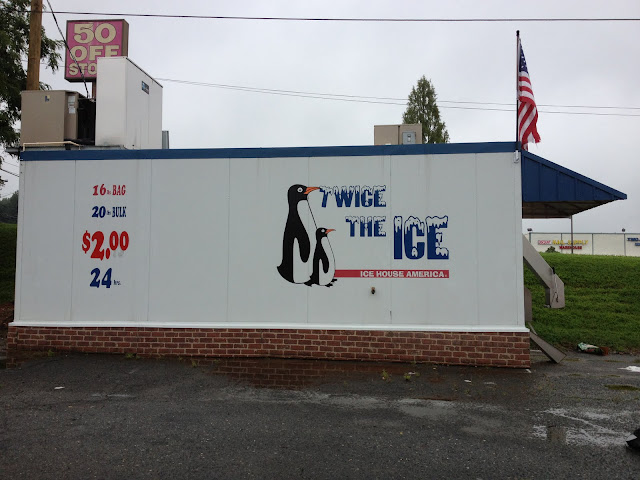