Me Versus Pumpkin, A Television Showdown

Over the past few years, I may have expressed the opinion that the over the top reception given the yearly influx of pumpkin flavored food is a little ridiculous. Soon, my thoughts on the matter will reach more people than ever. 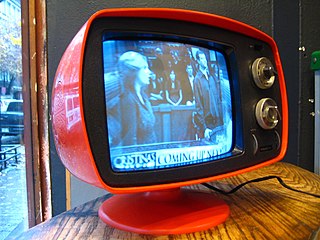 CBS News contacted me a few days ago and we discussed the pumpkin situation. They were looking for someone who was sick of “the pumpkin thing” to interview. There was some talk about bringing me to New York to do an interview in their studio. I felt like that was pretty silly, but it wasn’t my money, so I was fine with it.

In the end, they asked if I would meet their correspondent in a pumpkin patch. I agreed to do that. Looking back, agreeing to meet strangers on a farm in the middle of nowhere was out-of-the-box for me. You could even call it risky. Is this really a major media outlet wanting to talk to a small-time blogger or is it something worse?

Sure, it could be something worse. But when they asked if I was available on Friday, I decided to chance it. I didn’t have much else to do besides laundry.

And so today, I am off to a farm to be interviewed about pumpkin and its frenzied fans.  Or, perhaps I am meeting strangers at a farm so they can kidnap me. Either way, I’m going to write about it here throughout the day.

If the updates suddenly stop, please contact the authorities. Also, if you could have a bake sale or maybe a dunking booth to raise ransom money, I’d appreciate it.

9:00 – This thing seems pretty silly. With all that’s going on in the world, we’re going to spend time discussing pumpkins on the news.

But what I think will be funny is the comment section when they put this thing online. I’m pretty sure people will lose their minds and rip me up for saying anything bad about pumpkin flavored food. The thing is, what I say doesn’t really matter, does it? I don’t think Starbucks is going to say “that guy thinks this really effective marketing we’re doing is too much, maybe we should stop”. With that in mind, I’m just going to go on and issue my statement on the matter – “Take a breath. It really isn’t a big deal. I’d like to suggest that you take me as seriously as I take me.”

9:45 – I get a call from the producer on the story. “Hey Rob, Michelle is just going to drive herself there. Can you get there early and shoot all the b-roll stuff? I tell him I’m not Rob, but I can be there early. He says “cool, thanks” and hangs up.

A minute later he calls back to ask me if I can get there early, then apparently realizes that I must sound like Rob.

If this is a kidnapping, it isn’t a good one.

10:00 – Heading out. Getting some gas. OMG, what if they have pumpkin spice gas?! Wouldn’t that be awesome?

I really need a sarcastic font.

When you see this interview, the orange shirt was specifically selected by my wife. Irony is not lost on her. Actually, not much is lost on her.

11:40 – OK, I’m here. Pumpkins grow in the middle of nowhere. How stereotypical. The farmer looks disapproving.

A bunch of pumpkins lounging around in the dirt. Typical.

So I’m here. The camera guys are here. No reporter, no producer.

12:10. Things are happening. The reporter and producer are here. The producer is wearing flip flops. I should have been a producer.

Quiet on the set

Another update to wrap things up when I get home.

So, the interview went well. I had them laughing and had a good time doing this. That said, I reserve the right to freak out and tell you later how things were edited out of context and that I’m pissed off depending on how this thing turns out when they finally show it.

I’m still surprised at the trouble they went to for this interview. This farm is next to nowhere. There were two camera guys wiht a truck load of gear, a producer and a reporter. Most of the time I don’t need that many people to get me talking.

Near the beginning of this post, I referenced how silly it was that we’re going to talk on the news about what I think of pumpkin spice with all the other, mostly awful, stuff going on in the world. As it turns out, I had no idea how right I was.

“Wait”, you say, “you’re right so often, how is this any different?” Well, you’re right, I am correct about things so often that I lose track of the frequency of my correctness. But in this case, it was really weird how close to home I was.

In my phone conversation with the producer this morning, he said the reporter had to do this story and run because she had a story on the evening news tonight. As we were preparing for and wrapping up from the interview, the producer and reporter were talking about this other story that both of them were working on for tonight. It seems that they both were involved in the coverage of the tragic church shooting in Charleston, SC. The producer had actually spoken to the shooter’s friend shortly after the murders…the guy who was arrested by the FBI today. They discussed getting the video from that interview for tonight’s broadcast. So they pulled these people off of the story of a guy who may have saved nine lives by speaking up about what he knew to come talk to me in a pumpkin patch. Very weird.

Anyway, I can see that a lot of you have stopped by to keep up with this today. Thanks much!  If everything stays on schedule, they’ll run my interview on Wednesday during the CBS morning show, between 8 and 9. I imagine that I’ll be able to get a link up here shortly after that. Of course if something big happens, like a volcano erupting, I will probably get moved up to a more prime spot.

But seriously, they took me way out of context.

22 Comments on “Me Versus Pumpkin, A Television Showdown”