That’s not all that you do for me. I get good deals on donuts when I get together with my old man friends every morning. And when I travel, I get a break on hotel costs. You offer me insurance and I get a magazine every month. It almost seems like a one-sided deal that is in my favor. If you’re OK with that, so am I. END_OF_DOCUMENT_TOKEN_TO_BE_REPLACED Now, I think I already established that I’m a bit older. No one is going to mistake me for a twenty-one year old. I understand the liability issues that force stores to confirm that every one who buys a bottle of wine is over twenty-one; I just happen to believe there is room for common sense in that confirmation process. END_OF_DOCUMENT_TOKEN_TO_BE_REPLACED

A Credit Union. Not mine, but I’m sure they’re nice people. (Photo credit: I-5 Design & Manufacture)

I stopped by my Credit Union today. I left a richer man.

I didn’t rob them, and I didn’t clean out my account. They just decided to give me stuff because I am alive. I didn’t even ask. This is a business model I can get behind.

“You’re over fifty, right?” When the teller asked me, I admitted she was right. How could I fib about my age to someone who had the guts to ask the way she did? I would never ask someone if they were over fifty because I would instinctively pick a person who would answer with an insulted “no”. END_OF_DOCUMENT_TOKEN_TO_BE_REPLACED 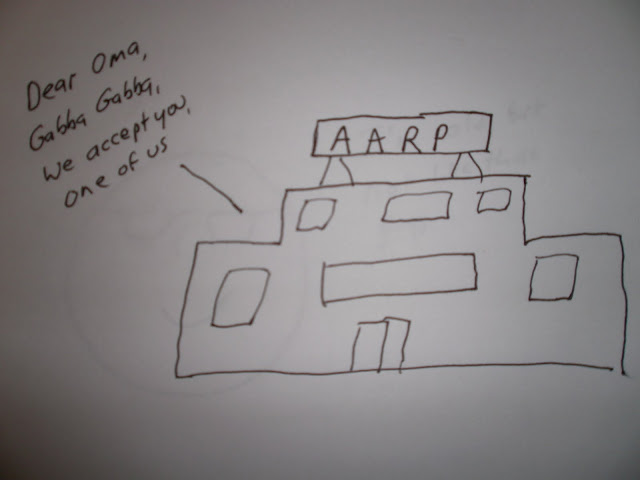 I am not a kid anymore. I run slow, if my knees don’t hurt and I decide running is warranted.  My hair is thinning and starting to grey. Sometimes at work, newer people call me sir not because of my position but because I’m older than their dad.

I am not a young man.

Being overly sensitive to things is not a quality I admire in people. At the same time, I have reached the point that I that I just can’t tolerate being called young man. Let me give an example of what I’m talking about. I stop for lunch and place my order. As the woman at the counter gives me my change she says “thank you young man”. I am easily 20 years older than her. END_OF_DOCUMENT_TOKEN_TO_BE_REPLACED