Say What You Want, But That Jerk Had Style

I spotted a truck the other day that had two bumper stickers on it. One sticker said “I’m not tailgating, I’m drafting” a reference to the practice of race drivers following inches behind an opponent to gain an advantage. The other sticker said “if you tailgate me I will brake you”.

I learned one car length for every 10 mph. (image via wikihow.com)

So on one truck we find two messages announcing the driver’s intent to commit acts that are in direct opposition to each other and equally unsafe. He plans to drive entirely too close to cars in front of him, making a collision more likely, but justifies it by saying he fancies himself a race car driver. He also intends to mete out justice to those he feels are driving too close to him by hitting his brakes to force a collision.

What a jerk. Being both pro and anti-tailgating is impossible. Do you know what’s wrong with people like him? He will not commit to a particular style of being a jerk.

Even Those People Have Style

Everyone has a style. I read the work of favorite authors because of their styles. When I see certain musicians have new albums I buy them, because I enjoy their styles. My friends expect that I will do certain things in certain ways; they know my style. END_OF_DOCUMENT_TOKEN_TO_BE_REPLACED

Jennifer Aniston Is An Alien

I remember Jennifer Aniston from the TV show, Friends. I’m certain I’m in the minority on this, but I think that show was funny for about two years, then it jumped the shark and just dragged on forever.

Ms. Aniston has done well since the show ended. She’s been in a lot of movies. I haven’t seen them, but they are out there if I find the need to change that. She seems to get enough work that she probably doesn’t have trouble paying her rent. She could be called a success for those reasons.

But those who sent her to walk among us consider her a success for a different reason. She’s kept their secret.

Jennifer Aniston is not from Earth. END_OF_DOCUMENT_TOKEN_TO_BE_REPLACED

Taylor Swift, The Pope And I Walk In To A Diner

Taylor Swift and Pope Francis sat across a table from each other, chatting over the noise of the diner.

“Have you heard from Omawarisan? He picked the place and the time. I expected he’d beat us both here” said the Vicar Of Christ.

Who Am I To Judge? A Starting Point

Free parking, off to the right there. (public domain Library of Congress)

Taylor rolled her eyes. “Probably writing. I’m so over this writer guy act of his.” The Pope nodded and said, “He seems to think it’s going somewhere. Maybe so. Who am I to judge?”

“You know, Your Holiness, Oma said that he thought it was cool that you said that – the judge thing.” Pope Francis seemed surprised.

“Me and Omawarisan aren’t. Never were. Won’t be. Just to be sure, I’ve already broken up with him,” she told Pope Francis. “The only time I’ve communicated with him was after Twitter suggested he follow both of us and he tweeted that he wanted to have lunch first.”

“So you agreed that the three of us should have lunch, but you broke up with him…” The Pope paused as the waitress brought their lunches – an open-faced roast beef sandwich for him and a salad for his table mate.

Taylor finished his thought as the waitress left. “…I broke up with him just in case.”

Pope Francis muttered “whatever” and cut into his lunch. END_OF_DOCUMENT_TOKEN_TO_BE_REPLACED

A train that is clearly not the midnight one. (public domain)

The weather was great this Saturday. I was out for a drive. The top was down on my car, the iPod was shuffling songs, and the introduction to Midnight Train To Georgia came on.

I turned it up.

Midnight Train is a great song. I suppose it has been good to you too. Whenever I hear it, the song requires me to sing along. For that reason, I’m glad they don’t play it during most funerals, or in court. People frown on singing in those places. Singing in my car is OK though.

In fact, it is so OK to sing in my car that I replayed your hit three times Saturday and sang along each time. I even did it when I ended up at a stop light. Getting older has made me care a lot less about what strangers think about what I do.

So What Is My Point? END_OF_DOCUMENT_TOKEN_TO_BE_REPLACED

Looking At A Taylor Swift Concert Through 51 Year Old Eyes

Today is the big day. Taylor Swift is coming to town for a concert. I’ll be there, working.

Here is a list of things I know about Ms. Swift:

END_OF_DOCUMENT_TOKEN_TO_BE_REPLACED

The Jolie’s adventures continue with a trip to LA. Since we last saw her in California, she thought that meant Los Angeles. She was very happy to find herself in Louisiana in time for Mardi Gras! Her host for this visit is long time Blurt reader, Jane. Jane offered to have the Jolie down for Mardi Gras last year, but schedules didn’t really line up. Thank you to Jane for sticking with us and having her stop by this year!

The Jolie was thrilled to return home for Mardi Gras 2012; her ultimate goal was to Laissez Les Bon Temps Rouler with the Krewe of Muses and save babies-as is her way.

That didn’t get in the way of a good party, though. In keeping with her celebrity status, the Muses decided to include her in their official ride through the city.

“I need to cross the bayou to get to headquarters.” 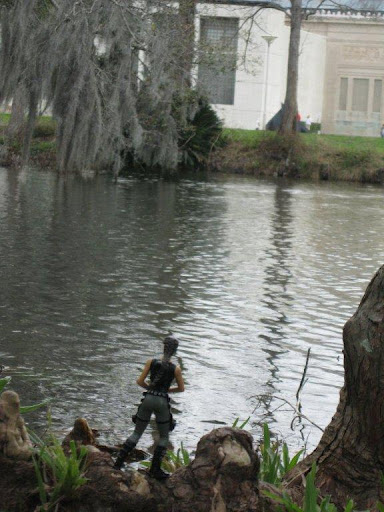 “These huge geese are nothing compared to nesting gators. How can I get across?” 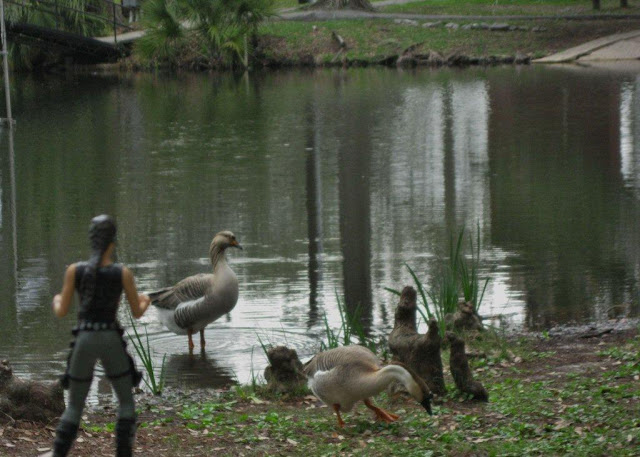 “I can use one of the stunts from my movies to leap this bayou.” 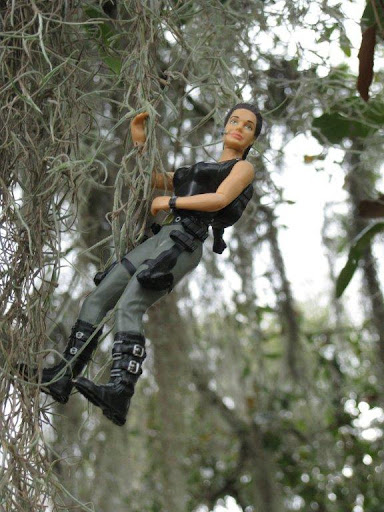 END_OF_DOCUMENT_TOKEN_TO_BE_REPLACED

The Jolie Pez Project: The Jolie In Rocklin, CA

The Jolie took a little rest after her Key West trip. Soon, she grew restless and wanted to get on the road. She asked me if she could go out west again, since she loved Key West so much. I didn’t have the endurance to get into a geography discussion with her, so I just sent her to California to visit Linlah.

Linlah, unlike me, has infinite endurance, or at least enough to get the photos of The Jolie’s adventures and allow her to dictate her thoughts to her.

After being cooped up in that “if it fits it ships” box for a week all I could think of was I gotta find something to climb. Lucky for me Linlah lives near a park that afforded some great climbing opportunities. 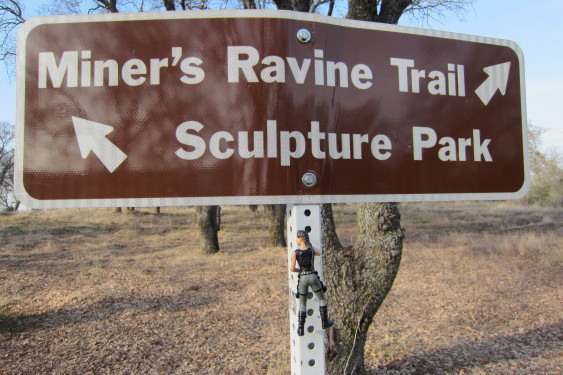 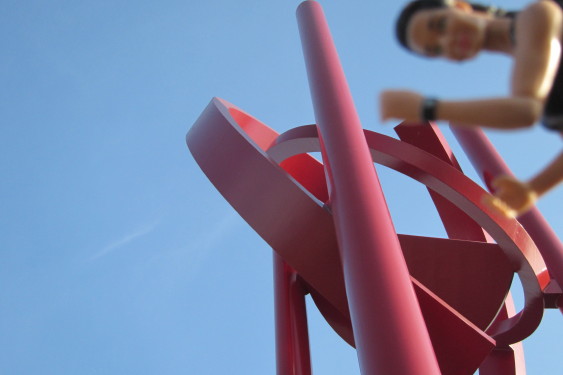 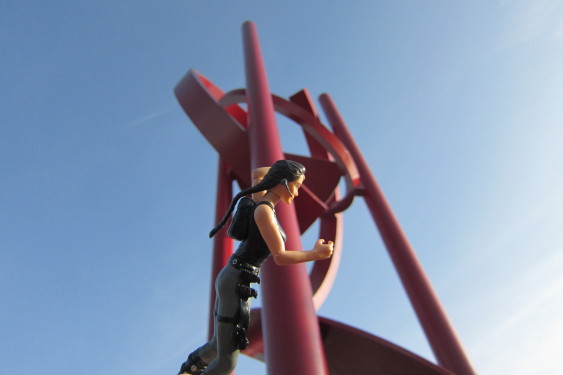 After getting my muscles stretched out we headed to a nearby city and I met a new friend while climbing on one of the big granite balls that line the front of the civic center.

END_OF_DOCUMENT_TOKEN_TO_BE_REPLACED

Let’s call her Gail, since that’s not her name. She’s the secretary for our little slice of the big operation. END_OF_DOCUMENT_TOKEN_TO_BE_REPLACED