The big story on CNN is that the last transmission from Malaysia Airlines Flight 370 was not “all right, good night”. Malaysian authorities now say that the last words from the plane were actually “Goodnight Malaysian three seven zero”.

The Man Who Would Be Pope

The Pope announced last week that he is stepping down. Pope Benedict XVI is the first man to give up the job in over 600 years.

There’s been much said and written about Pope Benedict’s resignation, but I’ve seen no good wishes expressed for the man as he goes forward. So, let me be the first to wish The Pope good luck in whatever he chooses to take on next.

It can’t be a coincidence that the first pope to leave the job in six centuries chooses to pull the rip cord as I am bringing my first career to an end. At first, I didn’t think much about it. Then I got the news that changed everything.

You see, I thought that my background disqualified me from becoming pope. I was wrong. There is no need to have the title “Priest” on my résumé to become The Pope.

All I (or anyone) has to be is a man who was baptized and is in good standing with the church. Yes, I know the man part isn’t fair. It excludes half the population over a matter of genetic chance. I don’t make the rules, I only read about them on CNN. If I get the Pope gig, I will make the rules. I’ll change the rule that excludes women first, then move on to some others.

As to the baptized and in good standing part of the requirements, I have reliable witnesses as to my baptism. My age at the time keeps me from testifying to it myself. I’m confident that it happened

I’m in good standing. No one has told me I am not. An organization as large as the Catholic Church must have some procedure for letting someone know if they’ve messed things up. No one has said a word to me about what the church thinks of me, so I must be in good standing.

A Word Or Two On My Papacy.

So, what would an Omawarisan papacy be like? In a word, divine. Wait, heavenly. Two words.

Media outlets would declare me The People’s Pope. That will happen mostly because I’m going to keep being that kind of guy, but a little because I’d have my PR firm put the word out that it would be a good idea to call me that. 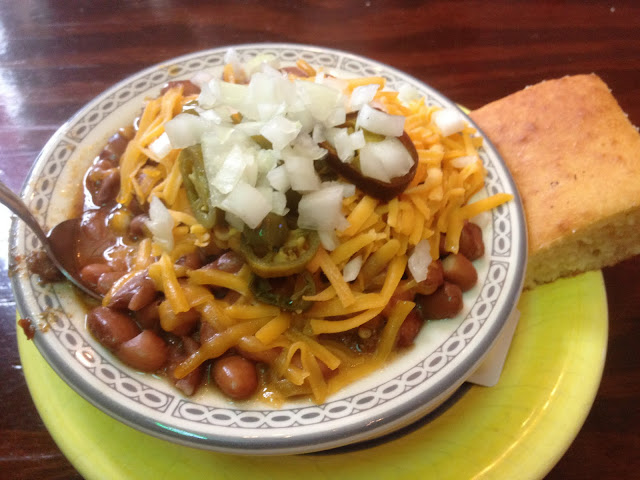 Lupie’s Chili. The Official Chili of The People’s Pope, once I get the job.

All popes belong to the people, I suppose. I’ll just be the most approachable. Here is a sample of the kind of conversations people will have about Pope Me:

“I went out to lunch today. The Pope was there.”

“Eating chili. Well, actually, he was eating his cornbread when I saw him.”

“Did he say anything?”

“Good point. So what happened?”

“I said “hey Pope.” He fist bumped me and did that “Issac, Your Bartender” pointing thing.”

Round, Round, I Get Around 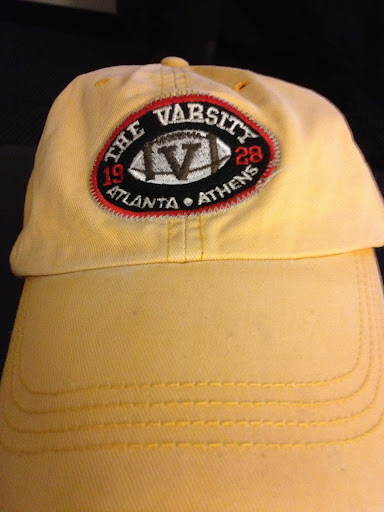 Since I will be The People’s Pope, I won’t need a Popemobile. I’m just going to keep my Miata. That’ll save my flock some money, especially when I travel around the world. The Miata is going to be a lot cheaper to ship. I’ll still let them close down the streets when I go places, but only so there is no traffic and I can quickly get where I’m going.

My theory is that a lot of people find the robes that Popes wear off-putting because they are so different from what everyone else wears. I won’t be too good to dress down a bit.  In my day-to-day activities, I’ll be in shorts or jeans. I’ll also forgo the usual headgear for a baseball cap. If I do wear a traditional robe, it will be on occasions where the expectations are high that I’ll wear a robe.

I’ll talk to the people when I’m among them. I’ll listen to their concerns. I’ll answer their questions, even “what’s under the robe?” I’ll make changes to the church based on what I hear from them.

I’m still not going to wear anything under my robe, even if that’s what I hear from the people. I’ll be The People’s Pope, but I won’t be pushed around.

This job is mine to lose.

One more long day of the media here in the states telling me how excited I am and “getting me ready for the big event”. Tomorrow we’ll have post game analysis by people who are somehow qualified to break all the action down for us and then, mercifully, we can begin to stop hearing about these people.

Let me be clear. I am certain these are two fine people who love one another. I’ve no issue with them marrying or that some people are intensely interested in how they go about becoming married. I am just sick of being informed that I am interested.

So here’s my plan. I am boycotting the wedding. I am pretty sure the happy couple will not be upset by that. My interest is simply to document my indifference because, well, I’m made that way. END_OF_DOCUMENT_TOKEN_TO_BE_REPLACED

The Artificial Tongue and Dr. Strangelove He didn't need an artificial tongue, why do you? (Image via Wikipedia)

It has been reported that a man made device has been developed that can “taste” the level of sweetness in food. One of the things the developers of this wonder are touting it as is an early step toward the development of a fully artificial tongue.

The artificial tongue idea has me thinking in so many directions. I am, of course, very concerned.

END_OF_DOCUMENT_TOKEN_TO_BE_REPLACED

A similar repository of literature (Image by highstrungloner via Flickr)

In  a press conference held by the Michigan Lottery, a man named Mike Grier claimed a 128 million dollar prize on behalf of a group he called “Team Victory Club”. The winning ticket was bought at a place called the Uptown Book Store outside of Detroit.

My Mine Collapse Checklist. Maybe I do the Letterman show. Maybe not. (Image via Wikipedia)

It appears our friends who’ve been trapped in the Chilean mine are finally about to be freed. This is such great news for a world that is sorely lacking for something positive for a change.

That said, I’m not going to go as far as recommending that we go the cave in route to find a good vibe all that often. If it does get to the point that we have to have semi-regular cave ins to get some good news, I hope we can all agree that this group in Chile should get a pass from any future entrapments.

A few weeks ago I thought through the possibility of being similarly trapped. To complete the thought and to be prepared for any circumstance I am submitting my day by day to do list for when I am rescued from a mine. END_OF_DOCUMENT_TOKEN_TO_BE_REPLACED

The Italian Coast Guard Is Not Funny. Well, Maybe A Little Funny

There is a sad story in the news right now, with an al dente twist.

The Ensign of the Italian Coast Guard (Image via Wikipedia)

Apparently two American balloonists were involved in a race in Europe. It appears that there was a problem and they were lost at sea off the Italian coast. The decision was made yesterday to end the search for them.

This is very sad, and my condolences go out to their families for their loss. END_OF_DOCUMENT_TOKEN_TO_BE_REPLACED

I have done things…

I love tape. (Image via Wikipedia)

I am willing to admit that I have pulled a practical joke now and again.

I have glued lockers shut.

I have removed tires and left cars on jacks. Sometimes I’ve made cars disappear.