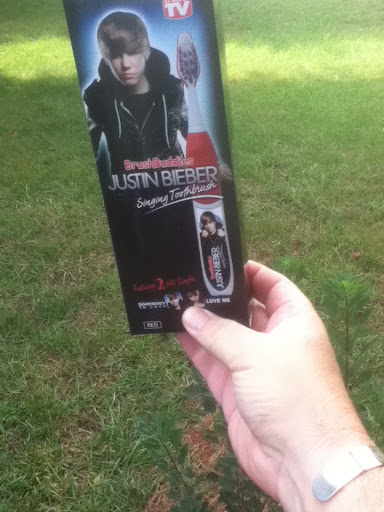 The coveted Bieber Brush. I don't know why he looks so angry.

One week ago, I announced the Blurt Blog Art Contest. It was one of those ideas I had and thought “hey, why not?” It was my expert opinion that I’d get maybe three entries.

As usual, I was wrong. I was overwhelmed by the number of interested people. The entries started flowing in the next day. I appreciate all the interest.

If you are planning or working on an entry, please keep going. This is not a post wrapping up the contest. I’m just going to post groups of entries as they come in to my email box.

I linked each entry so you can click and see the artists work in its full size. I especially encourage you to click on Jane and Brooke’s entries. They were formatted for the longer, narrower space they are intended for at the top of the blog. I had to display them smaller than they intended in order to fit them into the narrower space in this part of the blog.

So here are the entries that have come in so far, in the order I received them. Behold the first group of competitors for the coveted Justin Bieber Singing Toothbrush.

The first entries of the contest came in from Hippie Cahier.

She built my long-term tag line “Some Words That Have To Come Out Of Me” and the Gigantor character into her entries. 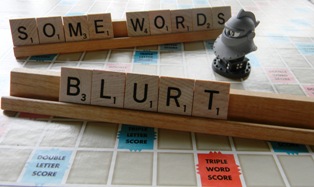 Blurt is not a very high scoring Scrabble word. 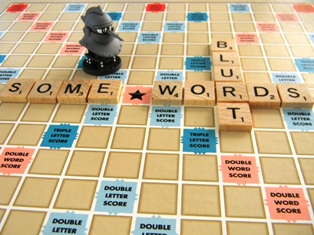 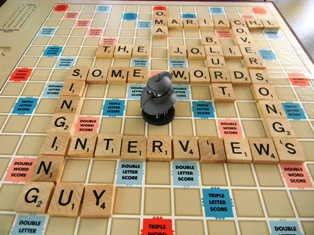 The game gets more complex whenever The Singing Guy is on the board.

Ross writes the blog I Am The Cheese, which I highly recommend. I recommend it, even for the lactose intolerant.

Ross explains that his entry is also based around the “words that have to come out of me” concept and the idea that air rushes out of a balloon quite quickly. 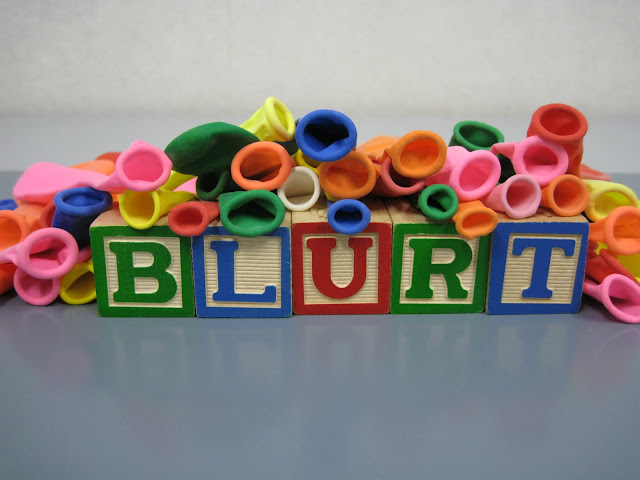 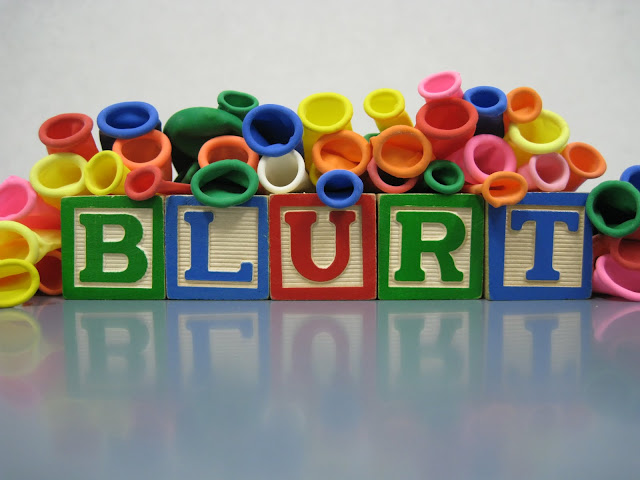 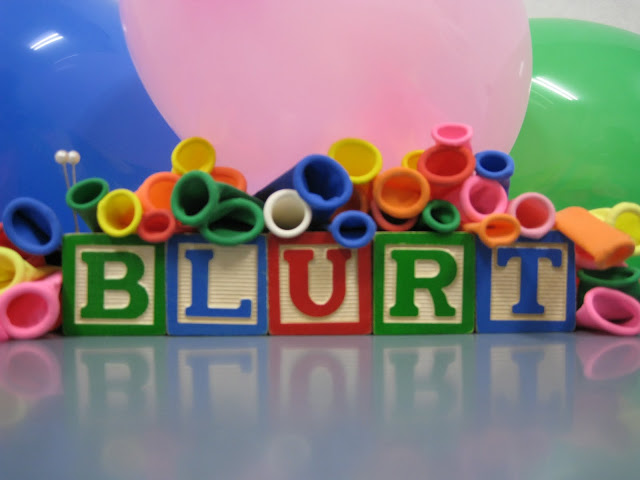 A little air and some pins to emphasize the point.

Cole is the son of Katybeth, writer of Odd Loves Company.

Cole went pen and ink on us to produce his entry of a gull blurting before a skyline. 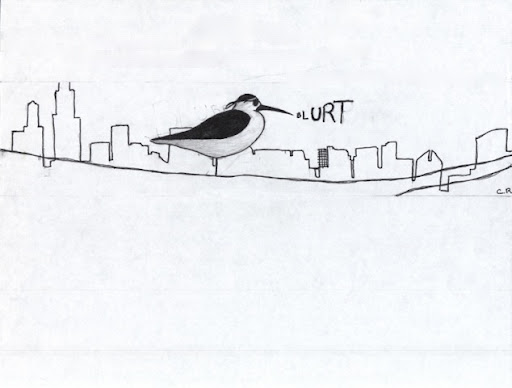 Jane has been a loyal reader for a long time. I appreciate everyone that stops by and reads what I do, but since this section is titled Jane I’m going to say thank you to Jane. Thank you, Jane.

Jane’s entry sheds some light on a lot of the key words and topics covered here at Blurt.

Brooke writes (and photographs) the site Shutterboo. She has also recently opened her own photography business. If you are in need of photographic services you should move to Louisville, KY so she can help you out.

A little bit of the robot concept

Oh yeah, if I ever get a tattoo it will have the Jack Handy line on it. The tattoo will not be on the side of my neck.

Thank you to all who’ve entered so far. Keep those ideas coming. If you’ve said you’re interested I will give you plenty of notice before I close off entries. It isn’t that time yet.

It is time for a major change to Blurt. It will still be the place to be if you feel the need to read some of the words that have to come out of me. I just need to change the look of the place you go to read those words.

I hired a decorator a few months ago who pushed me into a blog background template a little more garish than what I had. I just was not a fan of what I ended up with. So I hired a master of blog feng shui. He began guiding me toward a more balanced look. He helped rid me of the loud color scheme I had, then he sent me out to wax his car.

When I came back inside, he pointed to the picture I had on my page header, the photo of me in a kayak. He asked “what does this have to do with anything?” I couldn’t answer. It had nothing to do with why I write or why you keep showing up here to read.

“The spirit of the blog must radiate from the top of the page”, he said, “radiant spirit illuminates the words of the blog.”

I wondered aloud about what the spirit of the blog was. Master Miyagi said that to find the spirit I should go to the people.

Takin’ It To The Streets

The feng shui master sort of left me hanging. I wondered what he meant about finding the spirit by going to the people. He refused to answer me.

Actually, he didn’t so much refuse as demand an additional $1200. I opted out of the contract at that point.

So now I come to you all for help. The feng shui master has left Blurt without a header picture. I want you to help fix that.

I’m having an art contest. Perhaps you saw that coming. END_OF_DOCUMENT_TOKEN_TO_BE_REPLACED

Even the greatest can use improvement. So, if you’re paying attention in the National Football League offices, I’ve got some ideas to help you out. Some of these can be implemented for this week’s game, but you’re going to have to get moving. END_OF_DOCUMENT_TOKEN_TO_BE_REPLACED

Who the hell is Justin Bieber?

The committee has ruled.

Last week, there was no Justin Bieber.

This week, there is Justin Bieber.

There is no escape. END_OF_DOCUMENT_TOKEN_TO_BE_REPLACED