I Am Your Crispy Noodle

A few days ago, I went to have lunch at a Chinese restaurant.

My friends are so unsurprised by that news that they’re wondering why I bothered to write it. For those friends, I will just say that not everyone has had the pleasure of chowing down on Szechuan with me. Also, I’ve got to establish a setting and premise for this tale, so get off my back, OK?

All Because Of A Pair Of Women’s Shoes

Sometimes I see things which do nothing but raise questions. I think about those questions, but eventually conclude that I am not the one who has the answers. Reaching that conclusion involves a significant amount of time. 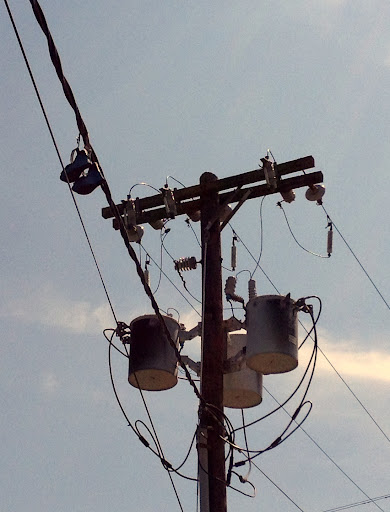 Let me give you an example of what I’m talking about.

How Did He Not See This?

A few months ago, I had the oil changed in my car. I was milling around outside while I waited. There was a waiting room, but I didn’t want to sit in there because Dr. Phil was on the television. I think Dr. Phil is a hack. I was the only one in the waiting area who held that opinion, so I went outside.

While I was hanging around, I looked up and there, on some power lines between the auto shop and a near-by bar, were a pair of women’s shoes with very high heels. This seemed odd. END_OF_DOCUMENT_TOKEN_TO_BE_REPLACED

When I was a kid, I’d rush through dinner at big family gatherings. Being in a hurry never got me closer to what I wanted, but I always hoped that it would.  When the rest of the family finished eating and the adults stopped chatting, it would finally be time. The white bakery boxes would reveal the treasure I knew they held. Cannoli.

Those crispy, creamy desserts were, for me, the point of those meals. I’m more careful about eating desserts than I was back then, but I’ll still sneak in an occasional cannoli.

I anticipated the arrival of Ben and Jerry’s Limited Batch Cannoli ice cream like I used to anticipate my aunt cutting the red and white string on those bakery boxes. Vermont’s Finest and the best that Italy has to offer. Two of my favorites combining forces could not miss.

As it turns out, perhaps those two favorites shouldn’t have gotten together.

B&J’s Cannoli is everything you’d expect of one of their concoctions – sweet, creamy, cold goodness. It simply lacks the one thing that would make it the perfect intersection of two great confections. That one thing is the flavor of a cannoli. Maybe you could bring me some Phish Food? Maybe some Cherry Garcia?(Photo credit: Wikipedia)

Beyond the chocolate covered bits of the pastry’s signature shell in it, Cannoli ice cream tastes nothing like its namesake. The ice cream itself has but two things in common with the pastry – name and color. Move past the name on the lid and the shade of the ice cream beneath, your cannoli experience is over. Pork chops, creamed corn, pecan waffles and this special edition flavor all taste equally like my favorite Italian dessert.

Despite the creamed corn reference, I want you to know that this ice cream is quite good. It is enjoyable, in ways that creamed corn can only dream of being.  Get yourself a pint, if you can set aside the fact that it does not taste like as it should.

It’s been said that a rose by any other name would smell just as sweet. I’d have to add that a dandelion that someone calls a rose is still a dandelion. Limited Edition Cannoli Ice Cream is Ben and Jerry’s dandelion.

Fellas, mix me up a batch of Phish Food. I’ll be right over.

So now I’m a food critic…or not. Actually, this post was fueled not just by disappointment, but by an invitation to write about Ben and Jerry’s from my friend Lenore. She’s got a lot of folks writing on the topic today. You can find more ice cream lit here, here, here, perhaps here, probably here, here for sure, and here of course, but then again here .

Walking with a memory

Today is a two post day for Guest Post Week. Lenore writes her own blog and co-writes another, so she’s posted with her co-author. That’s the kind of guy I am, whatever kind that is. But this isn’t about me, it’s about Lenore. Did you know she invented natural gas? She did.Thanks so much, Lenore, for helping me keep the blog rolling. That and for natural gas.

Do you ever find yourself reflecting back to moments in time when your path crossed the path of another? You may have only crossed paths for a second, but the memory lingers for years and years.

For the past three months, I’ve been exercising regularly. I find I do most of my reflecting during my morning walks. In fact, I cannot walk without remembering the day Mr. Voris stopped me on the high school track.

We lived across the street from our high school. Oftentimes, I would walk across the street to walk/run around the school track. I typically exercised early in the morning or after dinner at night, and I would run into (not literally) the same walkers/runners most every time.

Mr. Voris was a professor at our school. He taught math. He didn’t teach simple math – he taught Calculus. Math was not my best subject, so I never had Mr. Voris as a teacher. Well, that’s not entirely true. During my senior year, Mr. Voris was my homeroom teacher.

Mr. Voris was a runner, and he was one of the regulars I would see at the track, week after week, month after month, and year after year.

Now let me tell you, I was (am) a fast walker. Super fast. I owe my fast pace to one of my sisters, with whom I walked to school when I was young. Apparently, she didn’t really want her younger sister walking alongside her. Sisters!

During one of my run/walks at the track, long after I graduated from the school, Mr. Voris stopped me. He had been watching how I moved my arms while I walked, and he suggested that I change the way I move my arms to increase the workout and better help my core. END_OF_DOCUMENT_TOKEN_TO_BE_REPLACED

On a shopping expedition one day, the topic came up again about how I needed something to “liven up” my apartment. I tried being slick and said something like how she livened things up. It didn’t work. She still bought me the two parakeets like she intended to. END_OF_DOCUMENT_TOKEN_TO_BE_REPLACED

The Final Open Letter To The Woman In Seat 12-A

I decided to break my letter to you into two parts. I know that you are very busy slap fighting your son and teaching him to play the pipe organ by showing him You Tube videos. It was just simple consideration for another person’s time that led me to split my thoughts between two letters. You’re familiar with being considerate of others, right? Wait, scratch that last question. I almost forgot who I was talking to.

Just like the last letter, I am going to use this one to suggest some You Tube videos you might want to find and look over. You seem to understand things when they are presented to you in the online video format. Given that I took an elbow in the side of the head during your inflight slap fight with your son, 12-B, I have no qualms about throwing out a few thoughts based on observations I made of your behavior and your son’s. END_OF_DOCUMENT_TOKEN_TO_BE_REPLACED

On Wikipedia, All Roads Lead To Philosophy

Today’s post is not another example of the high brow literature that you expect here at Blurt. Today, I am going for my own internet meme, the type of thing that you might receive in an email that has been forwarded 75 times by the time it gets to you. Today we’re talking Wikipedia and Philosophy.

Did you know that everything on Wikipedia connects to the Wikipedia page for philosophy? My son recently told me about this and I spent far too much time awed by it. It is time for me to pass it on to you. It is Friday, you’re at work, you need something to take up your time until the weekend.

Here’s How This Works

Go to the Wikipedia site and search any word. When the page for that word comes up, click the first link on that page. An important point here – click on the first word in the definition, not on pronunciations etc. Do the same for each succeeding page until you reach philosophy. END_OF_DOCUMENT_TOKEN_TO_BE_REPLACED

Go On, Mock The Guy Wearing The Hot Dog Suit. He Thinks You’re Doing It Anyhow

There was a time when I really wasn’t  putting the effort into school that I ought to have been. My parents never gave up on getting me to bring that effort forth. They kept trying until they found the right combination of words and action that would get me started on the path to being the productive, mortgage paying adult that I am.

One day last week, the owner of a pizza place near my house sent one of his employees outside to promote that hot dogs were now on his menu. The employee had on a hot dog costume. There was a hole in the hot dog that allowed the face of the person wearing the costume to be the only part of him that was visible. END_OF_DOCUMENT_TOKEN_TO_BE_REPLACED