← Bacon Will Drive Pumpkin Out Of Beer
Barney The Dinosaur, Dead At 23 →

This is my rough draft (image public domain)

I looked at a map of Hawaii last night.

I used to do things like that because I am a geography nerd. But that particular map usually got my attention because I liked dreaming of going there some day.

Some day will be this winter; the dream will be real.

While skimming the map, I learned that there is a part of Maui called Haiku. It just seemed right that someone should write a haiku for Haiku. I wondered if there was anyone more qualified to write Haiku’s haiku than a non-poet who has never been to Hawaii, then decided there wasn’t.

Five minutes after I had the idea, my haiku was complete. I’m proud to present it here for your enjoyment.

Both are called haiku 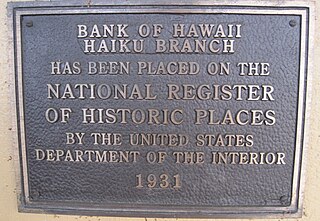 See, I didn’t make this up. (image public domain)

Truth is not a problem

After my visit, I will become Hawaii’s Poet Laureate. Don’t mock me. My Mom said I could grow up to be anything. It’s OK that I decided to grow up first, and then be anything.

10 Comments on “Haiku For Haiku”